Liverpool ONE is one of Europe’s leading retail and leisure destinations, set in the heart of Liverpool City Centre.

Built around the existing streets of Liverpool, the 1.65 million sq ft contemporary open-air complex is a must-visit for those who love to shop, eat, drink and socialise.

Liverpool ONE has over 170 stores, bars and restaurants, a 14-screen cinema, indoor golf courses and a five-acre park. It spans across five areas including Paradise Street, South John Street, Peter’s Lane, Hanover Street and the Leisure Terrace facing Chavasse Park.

Liverpool ONE attracts over 22 million visitors per year and is committed to supporting projects and initiatives that help to create stronger, more sustainable and vibrant communities.

Find out more about each of the Liverpool ONE areas HERE.

Liverpool ONE is the result of Grosvenor’s vision to contribute to Liverpool’s regeneration in a way that is sympathetic to its history.

Liverpool ONE is the result of Grosvenor’s vision to remake a city centre in a way that is sympathetic to its history. It is no exaggeration to say it is probably the most successful regeneration project of the modern era. Liverpool ONE has acted as the catalyst for the regeneration of the wider city-region, while ensuring that the development itself has delivered positive commercial, social and environmental benefits. Liverpool is once again the ‘go to’ destination for the region.

Liverpool ONE has proved highly popular with both visitors and occupiers, with the strength and depth of its occupier mix attracting 29 million visitors annually, ensuring both footfall and sales have posted faster growth than the UK average every year. It has firmly established itself as the destination of choice for shopping, leisure and tourism.

Attracting international brands, and playing host to many retail flagships, Liverpool ONE’s lineup includes Bershka, Tessuti, Russell & Bromley, Pull & Bear, Zara, & Other Stories and Apple.  Since the opening of Liverpool ONE on 1 October 2008, people from Liverpool, the UK, and abroad flock to this unique retail and leisure development created within an existing city.

Liverpool ONE has restarted the city’s beating heart that will power its future growth and development. It has demonstrated that if leaders and stakeholders can join together, whether under a single ownership or as a consortium, a city can stand out as a location that people will want to engage with. 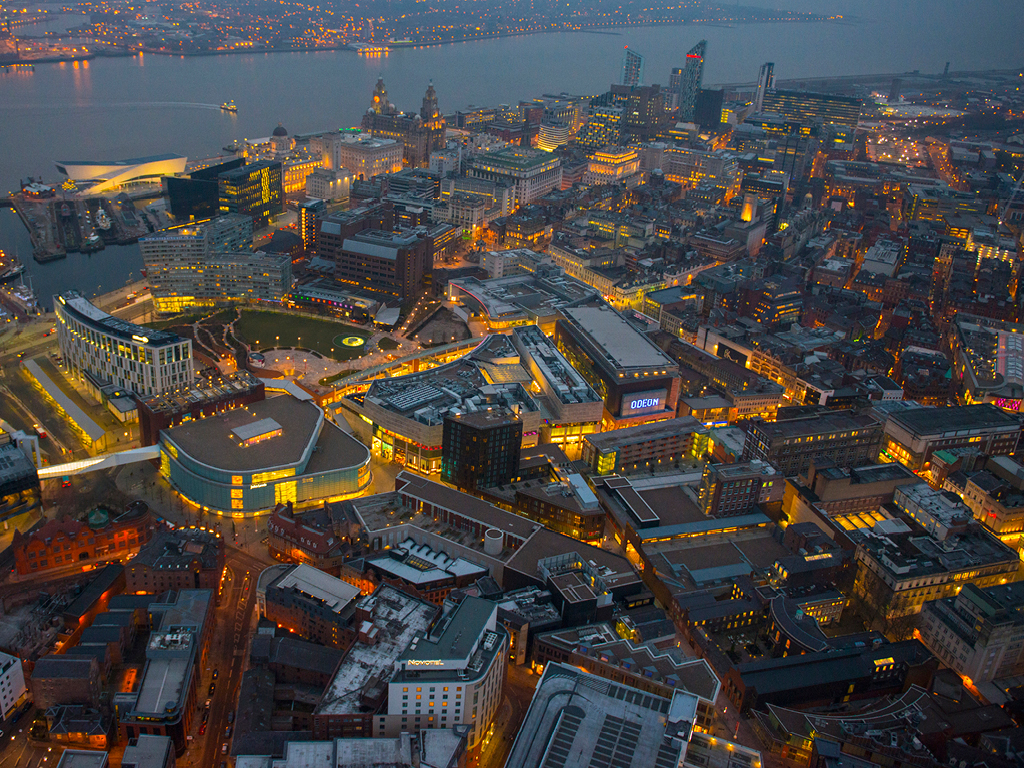